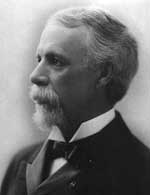 Russell A. Alger was born in Ohio on February 27, 1836. Orphaned at the age of twelve, he continued his education while supporting a younger brother and sister. He was admitted to the Ohio bar in 1859. In late 1859, he moved to Grand Rapids where he started in the lumber business.

At the outbreak of the Civil War, Alger enlisted in the 2nd Michigan Calvary. He was appointed Captain of Company C. His later commissions were: Major in the 2nd Michigan Cavalry, Lieutenant Colonel in the 6th Michigan Cavalry and Colonel in the 5th Michigan Cavalry. He served in over 60 battles and skirmishes during the war, including the battles of Gettysburg and at Booneville, Mississippi. He was wounded four times during the war. At the war’s end, he was awarded the rank of Brigadier and then Major General. General Alger was elected Commander-in-Chief of the Grand Army of the Republic in 1889. He helped improve pensions for Civil War veterans.

After the war, he returned to Detroit with his wife, the former Annette Henry of Grand Rapids. The Alger’s had nine children, only six surviving to adulthood. He resumed his expanding lumber business as well as interests in banking, manufacturing and railroads.

Alger took an active part in Republican politics as one of the founders of the party at the organizational meeting in Jackson, Michigan. He assisted with the draft of the first Republican platform seeking to abolish slavery. He was elected Governor of Michigan in 1884. He served only one term, 1885-1886, and declined the nomination for a second term. Working behind the scenes, he played an instrumental part in the election of President McKinley. The President appointed Alger to the post of Secretary of War. Alger resigned the post in 1899. After the death of U. S. Senator James McMillan, Michigan Governor Austin Blair appointed Alger to fill the term. He was elected to a full term by the Michigan Legislature in 1903.

Alger died in Washington, D. C. on January 24, 1907. He is entombed in the Alger Mausoleum, Section 10. The Mausoleum is pictured below. 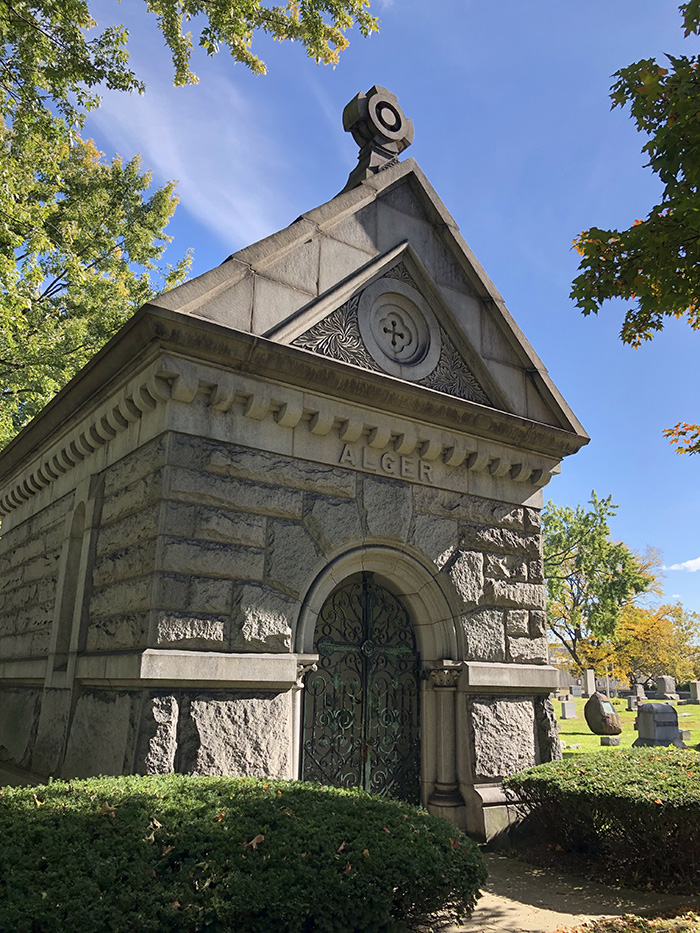