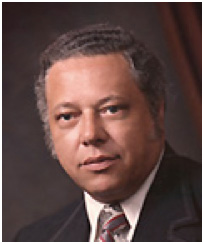 In 1919, James Henry Cole Sr. launched an undertaking business, James H. Cole Home for Funerals, on the lower east side of Detroit on St. Aubin, in an area commonly known as the “Black Bottom.” This established the oldest African American funeral home in Detroit.

Founded on the family’s successful investments in real estate and an extensive livery stable, the move into undertaking and funeral services proved to be a natural fit for the Cole family and the Detroit community. Cole was a business and community leader.